Trinity School students took part in the ‘Mayfilmfling’ film festival at Tullie House over the bank holiday weekend.
Students had been working with the school’s poetry group and with guest poet Nick Pemberton for several months learning how to craft and deliver stimulating poems.  This culminated in the students creating their own poems about film to recite at the film festival before a screening of the film Paterson.  Their poems were inspired by their own cinema experiences which ranged from Heroes and Villains, Star Wars, Cowboys, Superheroes and Marilyn Monroe.  Their work was published in a special chapbook to commemorate the evening. The final poem entitled Closing Credits, by Chloe Simpson in Year 11, summed up all their ideas about film:

Blockbusters, rom-coms all the things that you can learn from,
They can make you laugh, cry and more,
An explosion of emotion,
Lights, camera, action,
A show in a fancy cinema,
Luring you in for more,
Fragments of life merged together on a reel,
The outburst of joy when the characters succeed,
The sparkle of achievement,
What is film?

More details about the festival, and some photos of it, can be found at www.mayfilmfling.weebly.com and https://www.facebook.com/mayfilmfling. 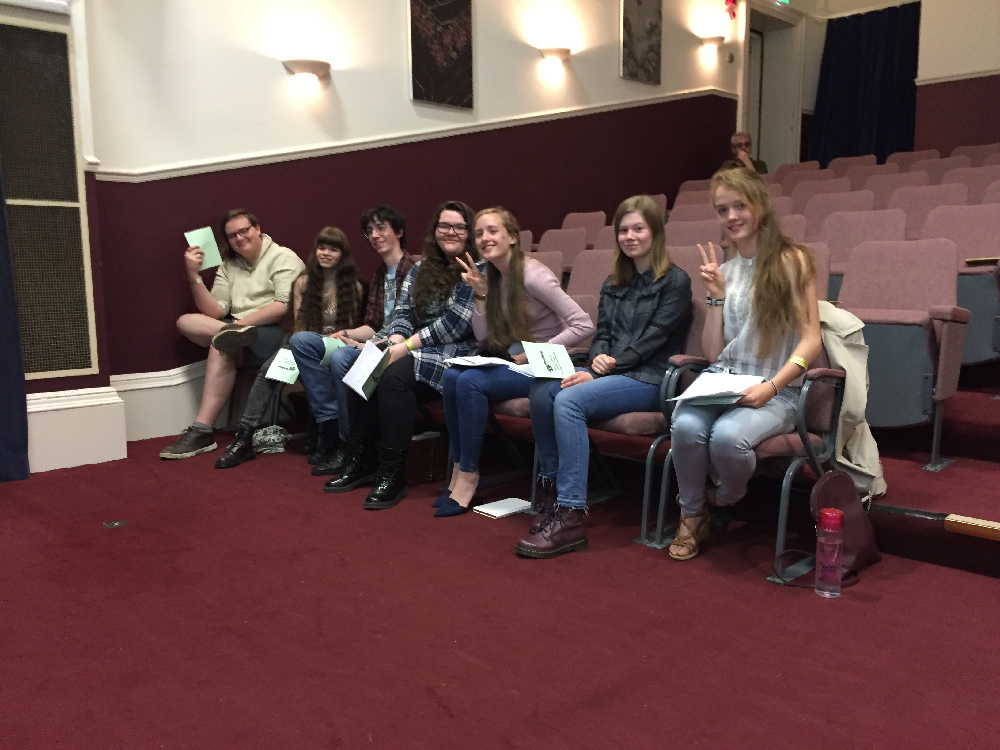