Lessons From Auschwitz (organised by the Holocaust Educational Trust) is a four part course which aims to re-humanise everyone involved in the Holocaust, from the victims to the perpetrators. Structured as a day trip to Auschwitz, with orientation and follow-up seminars, as well as a Next Steps project, it contextualises the entire Holocaust. The course focuses on educating students about the historical events leading up to the genocide, its effect on the life and culture of Jewish communities, and the consequences still present today.

The one day visit to Auschwitz had a large impact on us, as we could connect our historical understanding with the individuals’ stories. During the visit we were able to comprehend the tragic and inhumane events on a personal level, as previously we had heard Holocaust survivor Eva Clarke share her testimony at the orientation seminar. On the day we also visited the nearby town of Oswiecim to see a Jewish cemetery. Before the Nazis invaded in 1939, the town had a thriving Jewish population, however, after liberation only a small number of the community had survived – the last Jewish survivor from the town died in 2000. This visit helped us to see the Jews as individual people, with entire life stories, rather than solely victims. It also gave us an appreciation of the scale of culture, heritage and sadly life that was erased by the Holocaust.

On completion of the course, each student becomes a Lessons From Auschwitz Ambassador who commits to challenge prejudice in today’s society, and educate others of the lessons to be learnt from the Holocaust. Racism and xenophobia are still rife in society and, therefore, we have decided to organise a ‘Pledge Against Prejudice’ in Trinity School Sixth Form. Each student will participate in the project which will involve them pledging to reject prejudice and educate those around them on the dangers of discrimination. To physically mark our fellow students’ pledge, we will create a mural from their handprints and signatures which will be on display in the Sixth Form building. This will feature a chain of flowers twined around barbed wire to represent how love, tolerance and inclusion can overcome prejudice.

The course has been a life changing experience, as it has caused us to be more aware of discrimination and given us a determination to defeat it. We hope to inspire those around us to do the same. 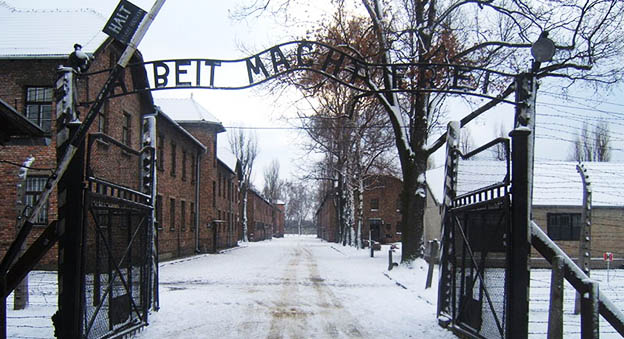