Leia is a Star at the ‘U Can Shine’ Awards 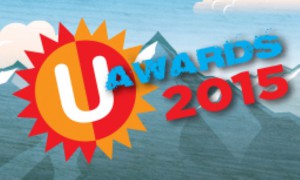 Leia Ransley 7APA was the special guest of honour, presenting awards, at the third Annual U Can Shine Awards at the Sands Centre held over three nights on 23, 24 and 25 June.  VIP Leia, who inspired the ‘Against All Odds’ award, gave a perfect speech to announce this year’s winner of the award in front of over 3,500 pupils and their families from ten Carlisle and West Cumbria schools.

Leia told Mrs Waddell that “U Can Shine helps kids with qualities they need through life.”  She also said that she had not been nervous to stand up and speak in front of so many people as she was used to appearing onstage with her dancing and “I got to meet ‘Bars and Melody’ three times!”  ‘Bars and Melody’, Britain’s Got Talent Duo, performed on each of the three evenings alongside performers from the primary schools involved.

U Can Shine is a development programme for primary school children, spearheaded by Shaun Weatherhead who works in schools, to ensure that children gain vital skills and grow in confidence to help them develop successfully at school.  Sean organises the awards not only to celebrate the children’s achievements but to showcase their talents.

Mr Palmer, who attended the third and final evening, said “Leia’s life story was read out to a silent audience.  She has raised many thousands of pounds for local charities and represented Trinity School perfectly; she is a true inspiration.  Possibly the highlight of my time at Trinity School over the last 12ish years!”